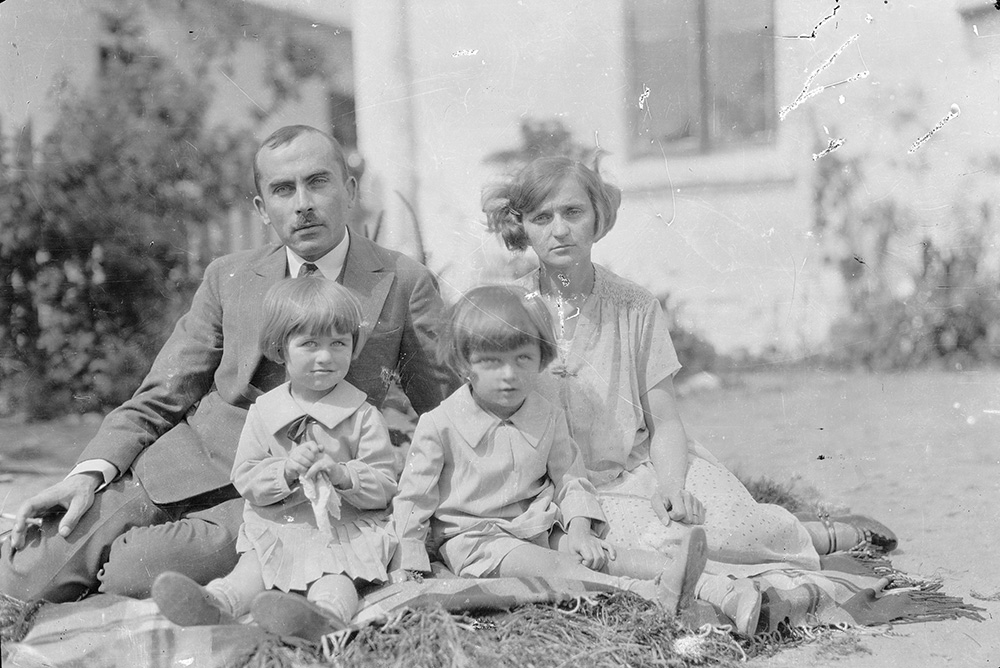 Young Jerzy Ficowski with his parents and sister Krystyna (to his right), photographer unknown

Born on 4 September 1924 in Warsaw, Jerzy Ficowski maintained close ties with his home town throughout his life. He and his younger sister Krystyna (1925-1998) were raised “amongst lilacs, jasmines and greenery”, in a house at 47 Filtrowa Street, to which he would later recollect in his poems Kirá and Zaległości (Overdues).

Their father, Tadeusz Ficowski (1893-1958), a lawyer and civil servant, was an enthusiast and propagator of the Esperanto and Paraglot artificial languages. He also wrote philosophical essays (those that survived the war were published by Jerzy Ficowski in a collection entitled Wielka ameba (The Great Amoeba), with a preface by Leszek Kołakowski. His mother Halina, née Średnicka (1897-1971), worked as a civil servant.

It was in his father’s library where young Jerzy found a collection of Julian Tuwim’s poems. They inspired him to explore the world of Mickiewicz, Słowacki and other poets, while his parents expected him to train as a painter or musician. As a teenager, he made his first attempts at writing poetry, and was also interested in folk customs and entomology.