Jerzy Ficowski is one of the greatest poets of contemporary time. […] The Polish literary world has only recently realised what a person, what an outstanding poet, what a crucial writer and how vital Jerzy Ficowski is to it. His presence in Polish poetry – and something like this can only be said about the greatest ones – will only grow. Understanding our modern spirituality will prove to be impossible without fuller understanding of his entire work. I think that his appeal on young people will also grow, and that Jerzy Ficowski’s poetic language will turn out to be one of the most important call signs in the time to come.

Although texts about Gypsies had been written in Poland earlier, Ficowski was first to find the way into their community. Thanks to this, he was able to go beyond the stereotypical context of campfires, fortune tellers and bar musicians, to honestly describe their everyday life, their relationships between a man and a woman. He showed them not as a mysterious peculiarity, but a different culture whose rules can be comprehended, especially with the rich historical knowledge he had. He was able to place the Gypsies’ distinctiveness in the context of the region’s history. Ficowski also dealt with the Gypsy Holocaust, a topic conveniently forgotten by everyone else. He translated the inscription from the obelisk in Auschwitz into Romani, depicted their martyrdom, which did not only come down to death camps, but also to various random places of execution. Another huge merit of his is championing of Papusza, an ordinary caravan woman with an enormous poetic sensitivity. […] A student who does not know his work would not pass the test with me.

He once told me about an event from the period when he was a young boy. Boys at his school in Warsaw organised an anti-Jewish demonstration against two of their colleagues. The boys said that no one would sit down unless they leave the classroom. Without a second thought, Jerzy sat down with the two boys at the same desk, and since the teaching staff at that time were good people, the crisis was defused. […] “This was the set of basic principles I had learned at home” – I heard, when I asked him why he had done that. But it was also a matter of his personal courage and a choice he made for the rest of his life. 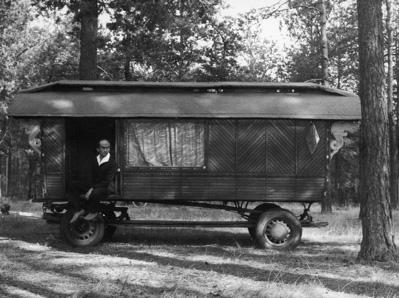 To me he will remain the custodian of memory of the generation forged by the Second World War. He focused his activity on “the reading of ashes” – this was the title he gave to a volume of his poems. But while “reading the ashes”, he was trying to find and save the life in them. […] I see two tones in Ficowski’s writing: a dark one – soaked with despair over the Holocaust and the destruction, and another one – full of joy, like in the lyrics of his songs, which millions of people would sing without knowing who wrote the words.

To me, Jerzy Ficowski was a guide to two non-existent worlds: the culture of Polish Gypsies and the culture of Polish Jews. […] Worlds in which you would find refuge from the dull reality of Communist Poland with one dominating nation and denomination. Ficowski upset this dullness. He would guide you through the alleys of Drohobycz, forgotten Jewish cemeteries and Schulzian gardens overgrown with burdock; he would lead you along the paths of Gypsy caravans. Only today have we finally come to see how much ahead of his times he was. Long before the subject of tolerance appeared in the public discourse and the attitude to the stranger became a criterion of openness in the democratic society, Ficowski would put the stranger at the centre. He proposed a way of looking at Polish history from the minorities’ point of view, which differed from the prevalent perspective. He was like a vaccine against xenophobia and nationalism, of which I would later have an opportunity to find out. 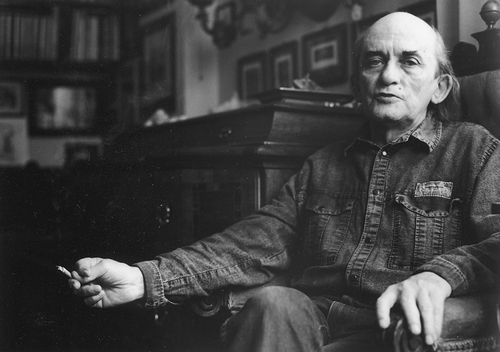 He followed his own path in both poetry and his other literary passions, in selecting his topics and protagonists. He did not try to endear himself to anyone, did not look for contact with people. He was a loner type, although his ties with his family were, as far as I know, very strong. I remember his solitary walks in Obory and Konstancin. He had our respect, his poetic maturity gained him admiration.

I see him sitting opposite me in his armchair, wearing a faded green shirt, looking up and staring at a menorah on the shelf, or maybe at an engraving on the wall, or maybe into eternity; I see him pondering how to answer questions about metaphysics in his poems; and each of those answers, as was often the case with him, was a small literary masterpiece. I remember suddenly realising that I was dealing with a larger dimension, something beyond the mundane.

He would keep strangers at a distance. He could be kind and understanding to those close to him. He liked to joke. But most people were probably afraid of him; he often made really scary faces. He was demanding and quite impulsive. When a journalist came to an interview and you could see that he was not prepared, father would throw him out. He had no sympathy for mediocrity and tardiness, and no tolerance for sloppy language. […] He was always a great moral and intellectual authority to me.

He was strict, intimidating, but […] you knew that there was a reason for that – that you were with someone special. Once you’ve been with him, Ficowski will stay inside you forever. Very deep inside.

Bożena Szroeder, in: Jerzy Ficowski – refleksje i wspomnienia, a radio broadcast by Joanna Szwedowska, Channel 2 of the Polish Radio, originally broadcast on 9 May 2016 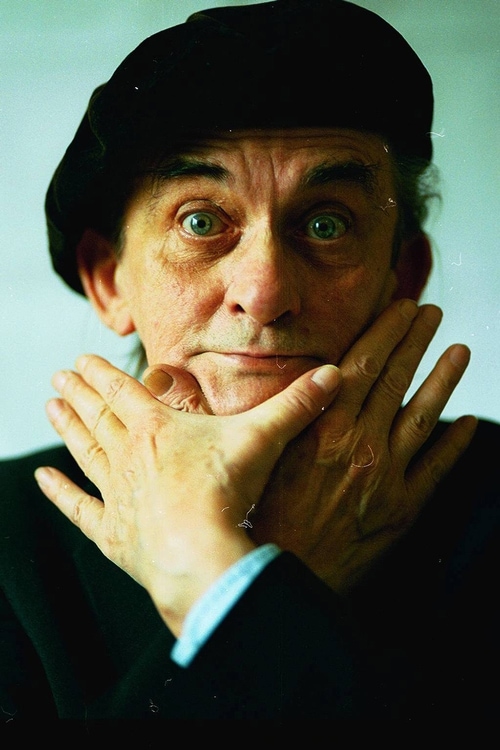 It is difficult to bid farewell to Jerzy Ficowski – because his poems are so vivid, because he is so vivid himself. He was not a wrinkle-faced mentor on a pedestal, but had a natural dignity combined with modesty and some mischievous little spirit with a look that is sharp and tender at the same time. He did not like grandiosity, excessive eulogising; you had to be cautious even with expressing admiration. Now you have to be all the more cautious.

Most of the texts quoted here can be found in a collection entitled Wcielenia Jerzego Ficowskiego (Incarnations of Jerzy Ficowski). Reviews, sketches and interviews from the years 1956-2007, selected and edited by Piotr Sommer, with a foreword by Piotr Sommer, Pogranicze Sejny 2010. While some of these texts were subsequently reprinted, only the first publication dates have been stated above.